Download
The international financial crash of the late 2000s created more than global economic recession. It also accentuated popular doubts about the growth paradigms on which our economies are built. It seems so difficult today to produce economic growth. Are our mature economies still able to grow, and can they do so at the rates necessary to pay off accumulated debts? What will growth look like elsewhere in the world – in Asia, in Africa, in Latin America and the Middle East? People are asking whether growth will mean more or less stability, more or less sustainability, more or less equality. They are also asking what is good leadership in government and business for these troubled times.

The 2012 Women’s Forum takes up questions about fundamentals in a program on Wanted: 360° growth. To build the future with women’s vision, the agenda incorporates some of the most innovative and talented women thinkers and doers in business, the media, civil society and academe. They are accompanied by their men colleagues for an encompassing perspective. Also new or notable about the 2012 Global Meeting:
View all photos on FlickrWatch the Best Of Video 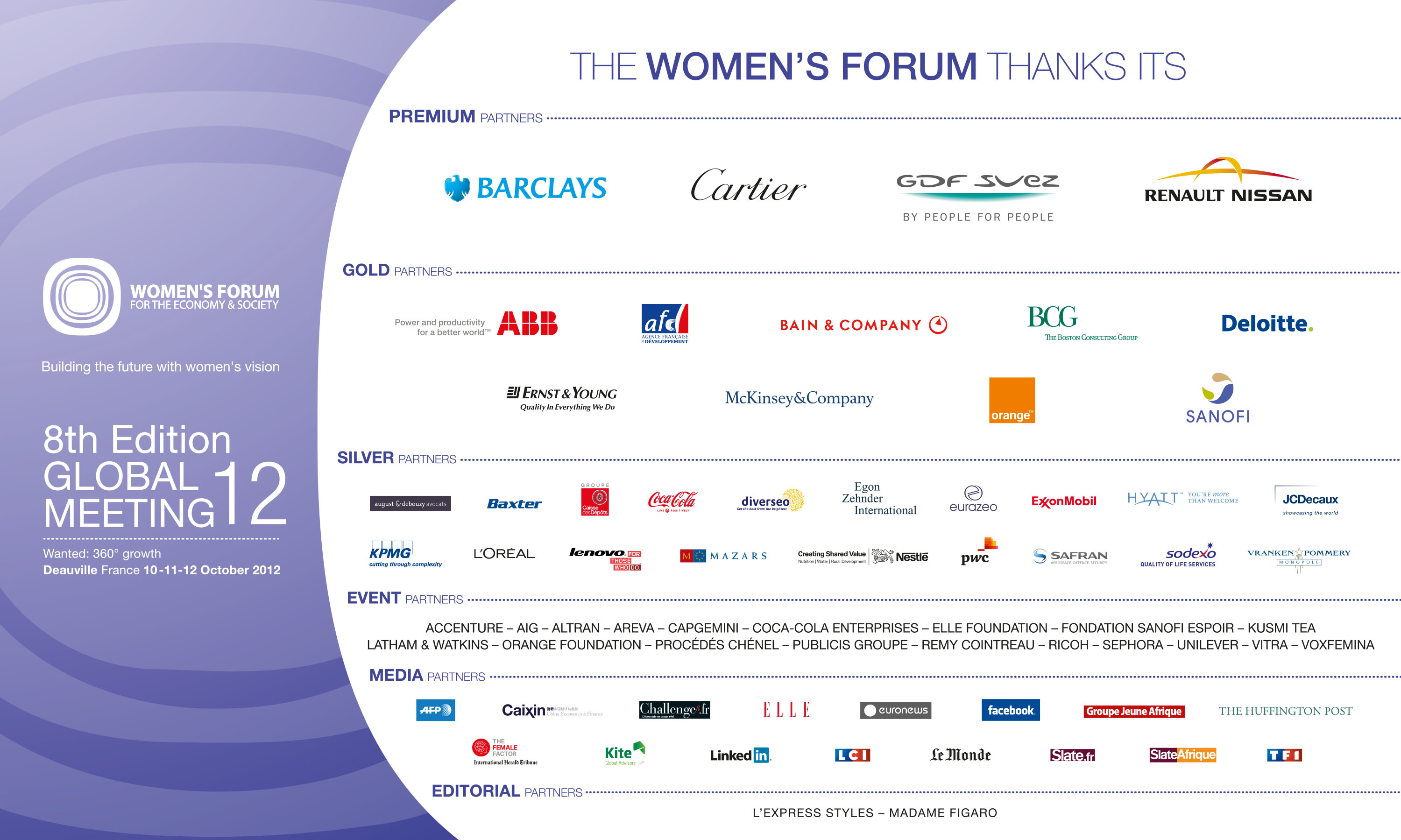