Download
Slated to coincide with Myanmar’s chairmanship of ASEAN, the Women’s Forum for the Economy and Society together with the French Embassy in Myanmar, in close cooperation with the Government of the Republic of the Union of Myanmar, are proud to announce Women’s Forum Myanmar-ASEAN 2014, to be held in Naypyidaw and Yangon on 5-6 December 2014.

This groundbreaking conference follows on the resounding success of last year’s Women’s Forum Myanmar 2013, which welcomed 600 participants from 26 countries alongside 23 partner companies and organizations, and which The Irrawaddy Magazine called (in December 2013) a “historic international Women's Forum”.

Under the theme Women: A driving force in transitional societies, plenary and breakout sessions at Women’s Forum Myanmar-ASEAN 2014 will include debates on the development of the financial sector in ASEAN countries; the need to involve women in economic transition; Creating inclusive and responsible investment in ASEAN; scenarios for ASEAN women from 2015 onward; and ASEAN connectivity: The path to regional growth. Other sessions will look at the environmental agenda; demographics and regional migrations; and how to create a healthy ecosystem for small and medium-sized enterprises.

Women’s Forum Myanmar-ASEAN 2014 will be open by H.E. U Thein Sein, President, Republic of the Union of Myanmar and Daw Aung San Suu Kyi, Chairperson of the National League for Democracy, Member of the Parliament, Chairperson of the Lower House Committee for Rule of Law, Peace and Tranquility, Republic of the Union of Myanmar, and Nobel Peace Prize laureate.
Other confirmed speakers for this edition include:
View all photos on FlickrWatch the Best Of Video 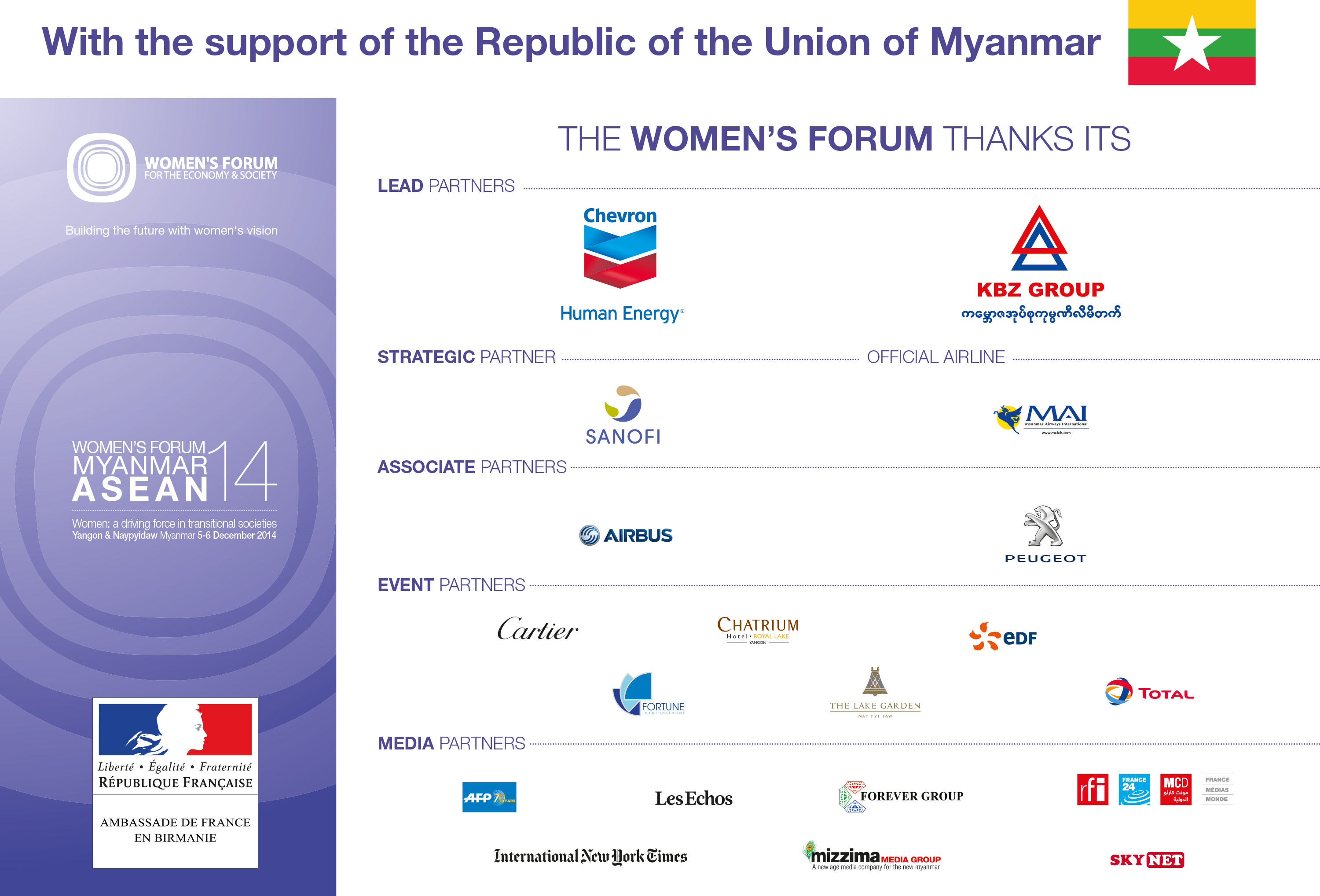