Official letter
The Middle East has emerged as one of the most dynamic regions in the world, becoming a global leader in innovation and technological transformation through visionary and bold economic programs. Home to more than 400 million people, boasting a young and innovative workforce of 103 million, and scattered across 22 countries, the region celebrates its history of grand rulers, religious intersection, and plentiful trade. This history, often misconceived for its traditional ways, is in fact the source of the region’s remarkable diversity, and the springboard for its pioneering spirit across all fields, ranging from financial innovation, entrepreneurial explosion, and climate change breakthrough to government transformation and technological disruption.
As one of the most digitally connected regions in the world, with an average of 88 percent of the population online daily, and 94 percent of the population owning a smartphone, the Middle East has become a promising ecosystem of burgeoning start-ups. Investments in the future of entrepreneurship continues to thrive, a prime example being Expo 2020 Dubai’s $100 million USD fund for projects solving social and environmental challenges. The region is ready to start the new decade stronger than ever, poised to make unprecedented breakthroughs in social and economic progress.
More than 60% of university graduates in STEM in Saudi Arabia and in the United Arab Emirates are women. Still, they make up only 21% of the labor force and only contribute 18% to the region’s overall GDP. In a region where women remain a largely untapped resource, they are quickly changing mindsets about their own potential. The United Arab Emirates is making great strides towards closing gender gaps and taking a stand to supporting diversity and inclusion initiatives that influence Middle Eastern systemic cultural, economic and political change.
Thus, the government of the United Arab Emirates is welcoming the Women’s Forum for the Economy & Society to co-host the first-ever Women’s Forum Middle East, in celebration of International Women’s Day. This pioneering Meeting, taking place at Louvre Abu Dhabi and Sorbonne University Abu Dhabi on March 7-8, aims to foster women’s leadership for a daring new decade of sustainable and inclusive growth in the United Arab Emirates and in the region. We believe that women’s leadership is imperative to unlock the Middle East’s tremendous economic and technological potential.
Under the theme of Embracing Power & Purpose: An ambition for the new decade, more than 600 high-level visionary leaders, thinkers and doers from the Middle East, North Africa, and beyond will gather with the ambition to drive inclusion and innovation through the new decade. The Meeting will bring women’s leadership to life on the most pressing economic and social issues of our time and contribute with insights and strong messages to the G20 being held in Saudi Arabia next November. Let’s embrace power & purpose! Let’s engage for impact!
In celebration of International Women’s Day, and in collaboration with Women’s Forum Middle East, the General Women’s Union is pleased to invite you to a special tour of “Coins of Islam: History revealed,” and exhibition co-hosted by the Sheikh Zayed Grand Mosque Centre and Dr. Alain Baron, founder of Numismatica Genevensis.
The “Coins of Islam: History Revealed” exhibition showcases one of the world’s most significant collections of rare coinage ever assembled, and collected from all across the globe. As the exhibition’s curator, Dr. Baron will take you on an exclusive tour of the exhibition, and also deliver a presentation on one of the central themes of the exhibition and its collection entitled: “Great women in history.”
All Women's Forum Middle East Delegates are welcome to join after the Closing Plenary; there is no need to RSVP.
Invitation Here 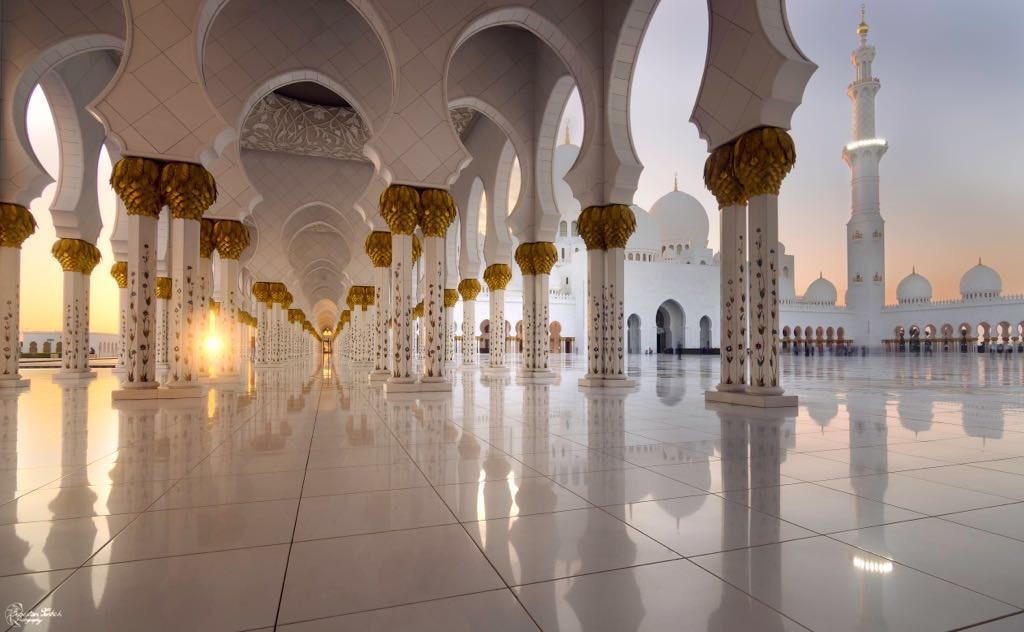 High-level visionary leaders, thinkers and doers from the region and beyond